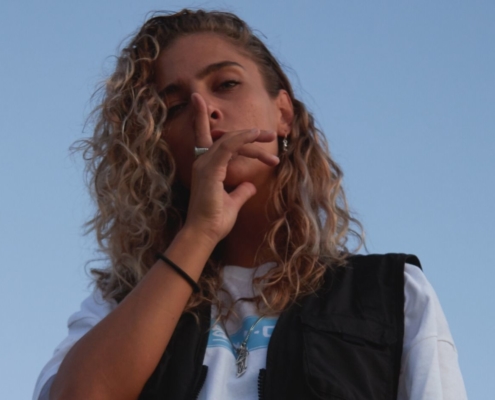 From an early age, it was always apparent that Summer Ghemati had formed an intimate connection with the commanding rhythm of House music. That sense of being, created through 4 to the floor rhythm, mesmeric percussion and robust drums has has driven her to emulate that same slice of personal euphoria for others, through unique and passionate levels of live performance.

Summer’s signature rolling Tech House sound serves a distinct purpose, she aims to manifest grooves that invoke free-movement and strike up whatever it is that lies deep within us, taking it back to a place in time where entire tribes of people would dance together to a beat. Her bare essentials/no gimmicks approach to musical avocation is commendable, in a sense that subtlety is paramount and using very little to create something so ample and pleasing is vital. It gives her a blank canvas on which to paint a picture throughout the length of her sets and enables her to take you on a journey.

Her diverse and cultured understanding of modern House music is striking, to the point that you can almost take a trip around Europe inside an hour with her. With influence ranging from Parisian Disco, Latin Percussive, Romanian Minimal, Italian Tech and even some R&B/Hip-Hop flavours in there, the possibilities are ultimately endless.

Summer has recently gained a residency with fast-rising London party Care3, where she has been celebrated for her individuality and really homed in on the type of message she wants to send out as an artist. Because of this, she has earned the right to support and perform alongside some of the most respected names in the business, the likes of Anek, Leon, Samu.l, Alex Arnout, Secondcity and Guti are names that are becoming all the norm to see accompanied by Summer Ghemati in the same lineup.