He.She.They comes to The Arch

After a very long time away from being able to have events in such a highly creative, diverse and party-going city like Brighton , this years Brighton pride is going to be a pretty special one and He.She.They mean business this time round  bringing an absolutely huge line up to the seafront taking place at The Arch.

Unfortunately the announcement was made of the cancellations of Brighton & Hove Pride’s Community Parade, Pride Village Party and Pride Festival but that doesn’t mean the party stops entirely. Luckily the smaller scale events will still be taking place and The Arch have got you covered for this one to keep the celebrations going this year!

He.She.They are an international, non-prejudicial & inclusive collective operating at the intersection of art, fashion and music delivering open minded house and techno rave!

Featured on the line up we have… Bklava, Jaye Ward, Just her, Maze & Masters, Saoirse, Shanti Celeste, Syreeta, Wax wings and hosts to be announced.

Celeste is a Chilian DJ who moved to the UK at a young age, she was first introduced to electronic music when she started to attend raves in the Lake District at 15 years old and shortly after moved to Bristol where she and Chris Farrell launched the label ‘BRSTL’. During her time in Bristol she also started her new club night ‘Housework’ to bring DJs from outside to city to her events with intention to bring the event over to Berlin after.

In 2015 Celeste was nominated the best newcomer in the DJ awards and in 2016 moved to Berlin where the following year she launched her own label ‘Peach discs’. Since then she has gone on to play tours at some of the worlds most renowned clubs and festivals along with having a monthly radio show on NTS radio and releasing an essential mix for Radio 1!

“For three years we’ve tried to make our diaries align and finally the goddesses let it be so”. – He.She.They

As well as presenting radio for BBC radio 1, Rinse fm and RTE one it’s her selector skills as a DJ that have really propelled her to be an international favourite with sets that cover anything from garage to techno to breaks to electro, dub and house with nothing off limits. From attending free parties and raves with her mother from a very young age she got into the art of DJing from early and with lots of different musical inspirations she found interest in a variety of sounds, her interest in and comfort with such a range of genres means she is capable of effortlessly weaving sounds together, with equal measures of ease and style.

“If you haven’t seen Saorise before you’re in for a massive treat and a musical education.” – He.She.They 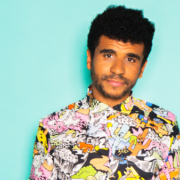 LiFE in the park opening weekend
Scroll to top